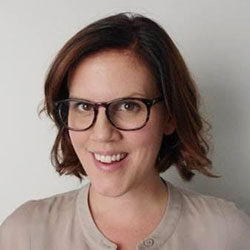 Angela Stinson was a featured speaker at RetailSpaces ’18.

Angela Stinson is the Director of Store Development for Quebec based Simons, the 178-year-old family-owned, large scale fashion retailer. Angela oversees real estate development, store architecture, planning and art procurement, and is currently leading the company’s store sustainability strategy. She has been with Simons since 2013 and has lead the national expansion program through seven new openings, to a network that now spans 15 stores. Previously, Angela was an interior designer with Toronto-based figure3, and was part of the design team for the award-winning Simons at West Edmonton Mall.