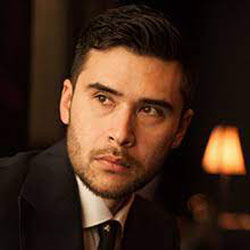 Dan White joined us at RetailSpaces ’16.

Dan White is a magician, creator, consultant, and performer.

Over the past 20 years, Dan has mystified audiences across the globe. He has created and starred in two of his own television shows, as well as created and produced other magic on television, in the movies, and on stage for the world’s most famous magicians and entertainers – including David Copperfield and Kanye West. Dan has also been the featured entertainment at many of the world’s premier events.

In 2015, Dan began a sold-out run of a show titled “The Magician” each weekend at the prestigious NoMad Hotel in New York. He has performed as a recurring guest on The Tonight Show with Jimmy Fallon, has appeared on The Today Show, and has been featured in The Wall Street Journal, The New York Times, Vanity Fair, and New York Post. Dan is from Philadelphia, Pennsylvania.