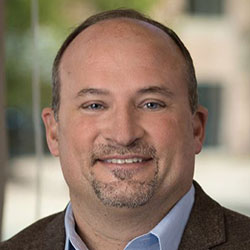 Michael Koch was a featured speaker at RetailSpaces ’17.

Since 2013, Michael Koch serves as the Senior Director of Development for Samsung Electronics America based in Richardson, TX. Previously, Michael has spent his twenty-two-year career working worldwide for Fortune 500 companies like Apple, Guess, Nextel, and The Ritz-Carlton while living in Washington, D.C., London, England and Lugano, Switzerland. Michael studied at the University of Maryland, where he received a B.S. in Architectural and Design Engineering.Having designed and constructed hundreds of dynamic and well-known retail locations throughout Europe, Asia, and North/South America, Michael’s primary work extends the Samsung brand further into North America. Some of his most noteworthy work included Apple’s signature locations in Berlin, Germany, Barcelona, Spain, and Turin, Italy, and Guess flagship locations in Milan, Italy in addition to iconic resorts for the Ritz-Carlton in Florida, San Francisco and the Cayman Islands.